THEN A MIRACLE HAPPENED!

My good friends in Ghana

I just landed in Ghana yesterday. The sights, sounds and smells brought back a flood of beautiful memories as soon as I stepped off the plane into the sunlit sky. Each year when I return it feels like I never left.

The flight was longer than usual; going from Washington, DC, to Dubai, laying over in Dubai for 23 hours than an 8 hour flight to Ghana. I think I am caught up on all of the latest movies and the trip in Dubai was very interesting. Have you ever seen a 7 star hotel? 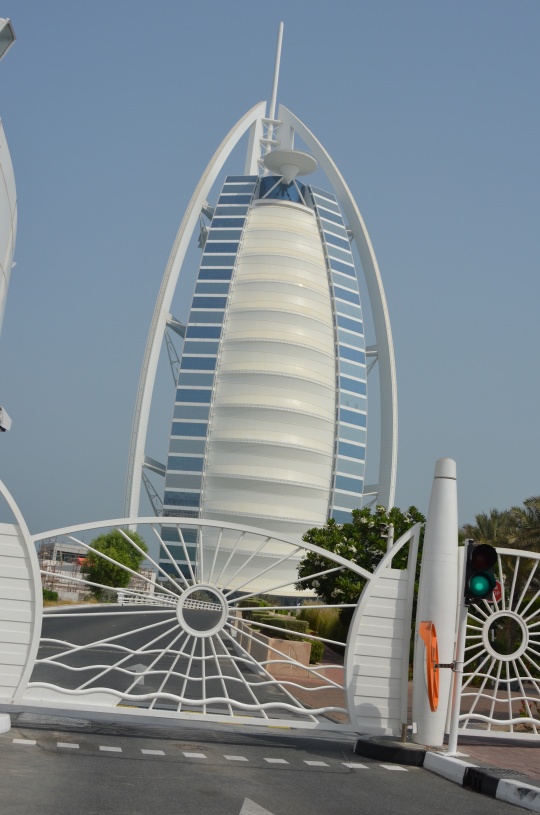 I arrived around noon and I was tired but I needed to stay awake to acclimate my body to the time change (four hours later than on the east coast of the U.S.) On top of that was the 86 degree temperature with no air conditioning. It was a long day but I made it to midnight when the electricity died, no lights, no fan. But I knew that my next day, Friday, July 8th would be a day to celebrate. 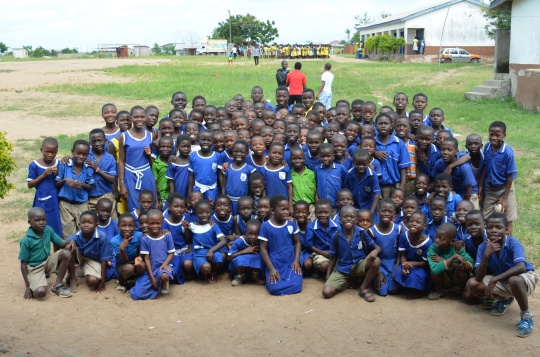 In 2010 the United Thank Offering of the Episcopal Church, U.S.A., gave Ghanaian Mothers’ Hope $40,000 to build a primary school. Notice the small building with the taxi in front of it. That was serving as their primary and junior secondary school at the time. About 100 children attended school. After opening the preschool/kindergarten more children wanted schooling. Now with the new primary school the old building became the secondary school and over 400 children attend the two schools.

Unfortunately, the government does not provide funding for materials, like text books or science materials or computers. After finishing Junior Secondary School (junior high school), you must pass the government exam to enter high school. The exam is exactly the same for village school as it is for private or more prosperous city schools. No one from Akramaman has been able to pass the exam and the teachers are so frustrated.

Mable’s parents encouraged her to attend school in Accra

Several years ago I met Seth Owusu. He is a Ghanaian living in Maryland working for Best Buy and a computer geek. Seth began restoring old computers to take to Ghana and build computer labs in villages though his nonprofit, evcoafrica.org. Seth and I have been planning to add a computer lab to Akramaman for about 5 years. As with most small nonprofits, funding is the major issue. In April Seth made me a deal I couldn’t refuse but I still needed funding.

Seth had his team in Ghana go to St. Paul’s, Akramaman, to check out the proposed lab site. It was perfect. The PTA rounded up funding to help get tables and chairs. Unfortunately, we still did not have funding and Seth was leaving for Ghana. I had applied for a grant but it was too soon for an answer. I told our Ghana directors that it would probably by October, Seth’s next visit, before we could have a computer lab.

Then a miracle happened! Church of the Redeemer in Sarasota, Florida, approved our grant funding the day before I was leaving for Ghana. I contacted Seth on Facebook to say that we had the funding and on his next trip he could include our 15 computers. To my delight and surprise, Seth informed me that he had already shipped the computers and was ready to install them. I was arriving on the 7th and he was leaving on the 9th. July 8th would be our magic day! At 10 am the fun began! 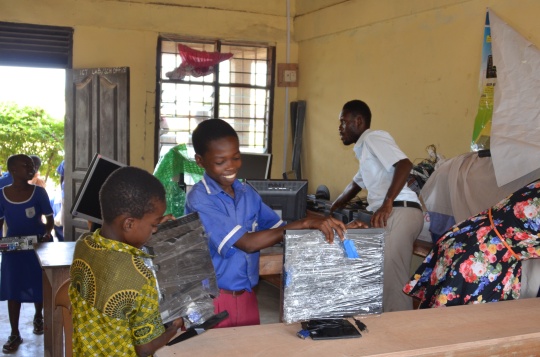 The children bring in the equipment

Sabina learns her letters by finding the letter on the keyboard so the lizard can eat his leaves. 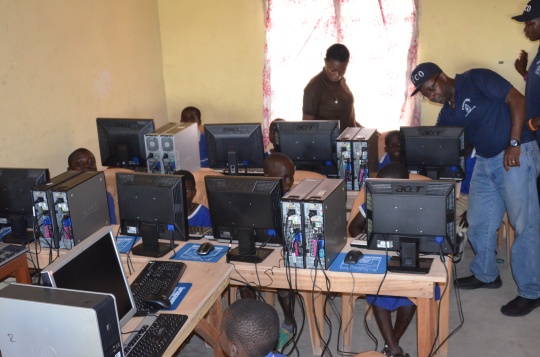 Seth and his team helping the children

THANK YOU SETH OWUSU, EVCO STAFF, CHURCH OF THE REDEEMER, SARASOTA, AND THE PTA OF ST. PAUL’S ,AKRAMAMAN.  WHO WILL BE THE FIRST STUDENT TO QUALIFY FOR HIGH SCHOOL IN 2017?

In Search of Clean Water by Debi Frock

Up the River Without a Paddle