A few years ago I watched a skit here in Ghana about the Village Crier. He is the man appointed to go around beating his bell to announce what has happened or what is about to happen the the village. This cute little boy is pretending the be the village crier. Instead of a bell he was beating a coke can. He was announcing the presence of the Americans who have come to the village and built a school with very big rooms for many children. He was encouraging the villagers (his classmates) to come and register their children. Duitifully the children, pretending to be parents, ran to the teacher to register their pretend children.

This little drama and several more skits and songs were among the hour long presentations made by the children to Ghanaian Mothers’ Hope Board members Pastor Becki Neumann, Bruce Neumann and Debi Frock today. It was a very touching scene. There were  39 children whose parents had weathered the storms of educating their small ones in a goat pen until the new classrooms were finished.

The day began with a traditional greeting. The Assemblyman, Mr.Akroful, the man whose back is to the camera and Mrs. Irene Andam, the Head Mistress of the whole Gomoa Public School, greeted us and asked for our mission. The man in the white shirt is Ewudzie, a relative of Mercia Laryea, our Ghana Executive Director. He lives near the village and his father was once the Chief. We are grateful for his oversight on this project. The two rooms are very large with large windows that allow a lot of light into the rooms.

Of course, I could not resist teaching atleast one song to the children. Tommy Thumbs Up is always a good one.

And once a teacher, always a teacher, Pastor Becki helped the children read along with the Dino Book we brought for each child. Later we would see the book passed around to older sisters in the school yard. 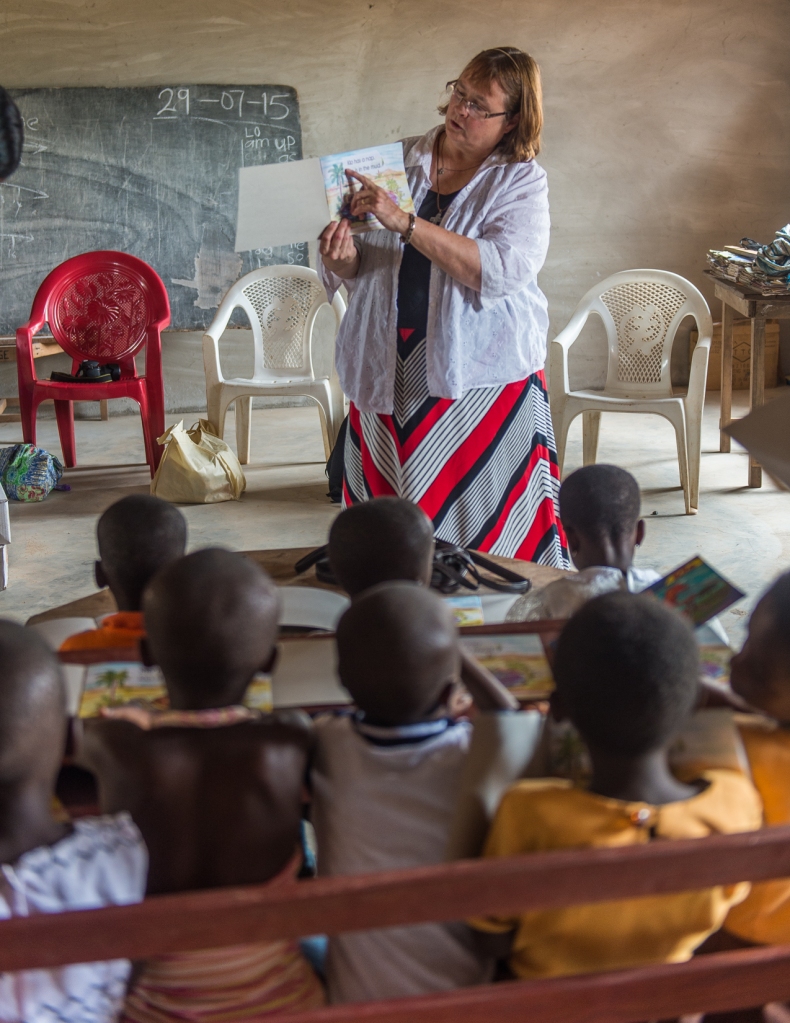 Ghanian Mothers’ Hope made a policy three years ago that we would not begin a building project unless it was fully funded. Thanks to Susan Moser and The Gary Moser Foundation, this school building project was fully funded. This is just the beginning for the K1 and K2 classes. I am positive that in three years the classrooms will be full, right now they are small for a village this size. These children will learn to read and many will progress to Junior High and High School. Some may even attend college. Grants like this are worth their weight in gold. Thank you!

And a big thanks to Bryan Woolston, Photojournalist for the amazing photos. 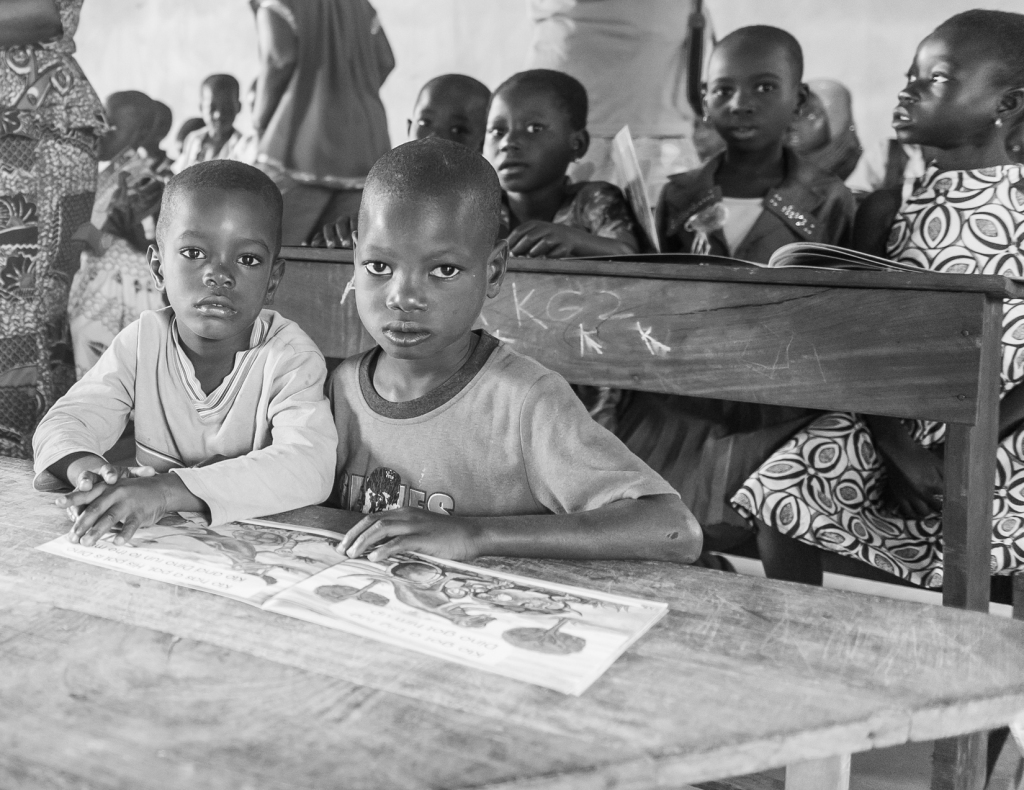