A CHILLING EXPERIENCE AT THE SLAVE CASTLE BY LISA BORNT 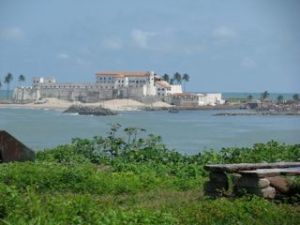 I’ve heard Debi talk about visiting Elmina for years now. I’ve see pictures of the inside of the castle. I’ve heard some of its history. But, nothing compares to actually being there.

According to our guide, after Elmina was built in the early 1400s, Portuguese missionaries started taking the most intelligent and strong leaders from the villages around Elmina. There were only meant to learn Christianity, Portuguese language and culture, and then be sent back to their villages to educate others. But, they were never returned to Africa. Thus, they became the first slaves. 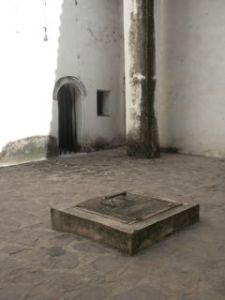 The female dungeons and courtyard

We moved on to the Female Dungeon, and I could still smell their blood. The dungeon opens into a courtyard where the women were lined up, naked, to be inspected by the governor upon their arrival. He would look down from his balcony and select a mistress from them, and I could barely stand to be there. I can’t imagine the terror and suffering these women had to endure.

Next we traveled through the Male Dungeon to “The Door of No Return” where the prisoners would be loaded onto to ships to take them to England, the Caribbean and America. The doorway out was rather small, and it was the last thing they saw as they were forcibly taken from anything they’d ever known … forever. It is heartache to think of never seeing my family or my homeland again. 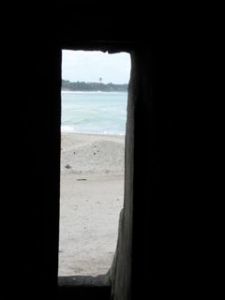 Door of no return

Moving across the courtyard and up the stairs to the top of the castle affords a grand view of the village below as the tour ends. Some things have obviously changed in Elmina since the castle was built, and some things have probably stayed the same. 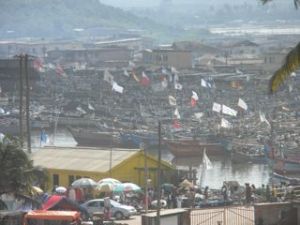 Life has gone on in it and around it since 1816 when it ceased to be a slave castle, but I think it is serving it’s greatest purpose now as a stony remembrance, Elmina can testify to humanity’s evil and humanity’s ability to change that evil into education and empathy for generations past, present and future. It truly is a place to ponder the weakness we have and how we can strive to prevent such persecution from happening ever again. 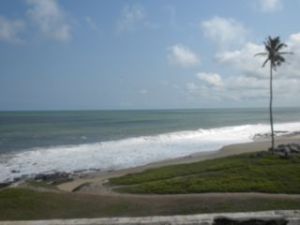 My Walk on the Wildside by Nicole Schmidt

Comments on: "A CHILLING EXPERIENCE AT THE SLAVE CASTLE BY LISA BORNT" (3)